Sunday 18th August saw the staging of the MABAC league pairs relay at Matthew Arnold School, Staines Upon Thames.(the league was first established here in 1977) . The unexpected pre-race rain didn’t dampen the spirits of our RPAC pairing of Frank O’Regan and Malcolm Woodman.

Frank led out the duo delivering strong performances for each of his 5 x 1 km laps. Malcolm backed him up with his own 5 laps each run at an increasingly faster pace then the previous one. Once all the running was done it was time to relax in the sunshine with drinks (including beer!) laid on by MABAC.

Special thanks must go to Frank's brother-in-law who stepped up to run for Runnymede as they were a team member short! 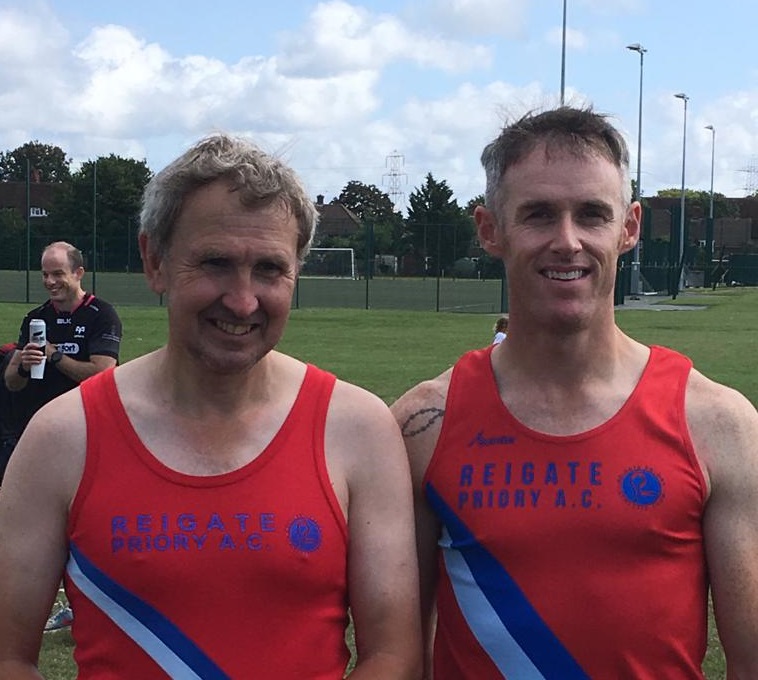