One of the most successful aspects of RPAC is our strong core of UK Athletics Officials who can be seen at so many of the events the club compete at. Today at the Crawley Early Season Track and Field Open Meeting was no exception. Amongst those on duty was Naomi Jones. Naomi is already a track judge and today was her first event as a Starter. She performed her role without a hitch (but as she was packing a couple of pistols I was never going to say different)! 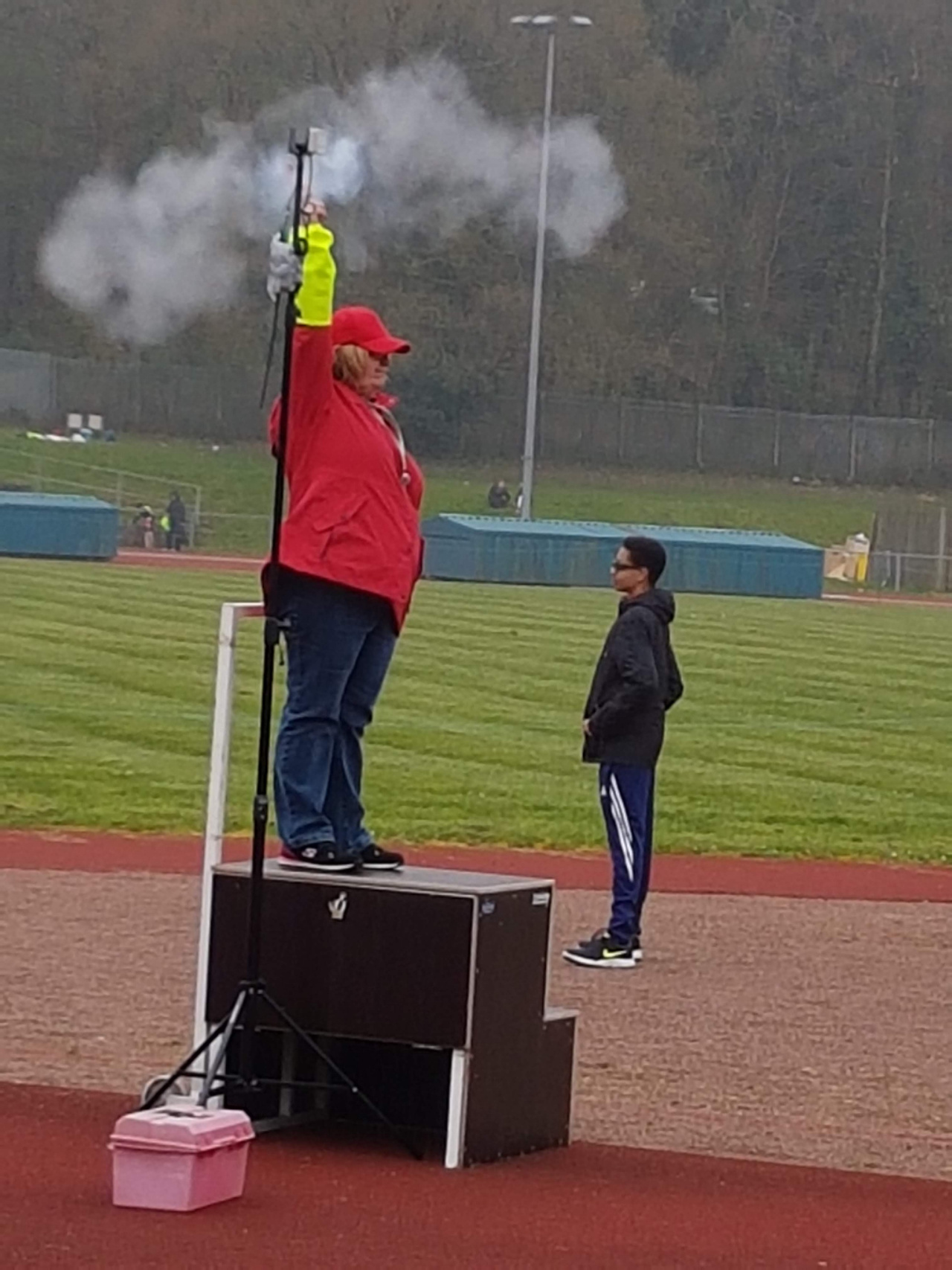 It was a great day for all the RPAC juniors who took this early opportunity for a track race.

In the U17 Boys sprints, Drew Burridge won both the 300m and 150m with PB's in each and set new U17B's club records at each distance! Drew carrying on where he left off last year! 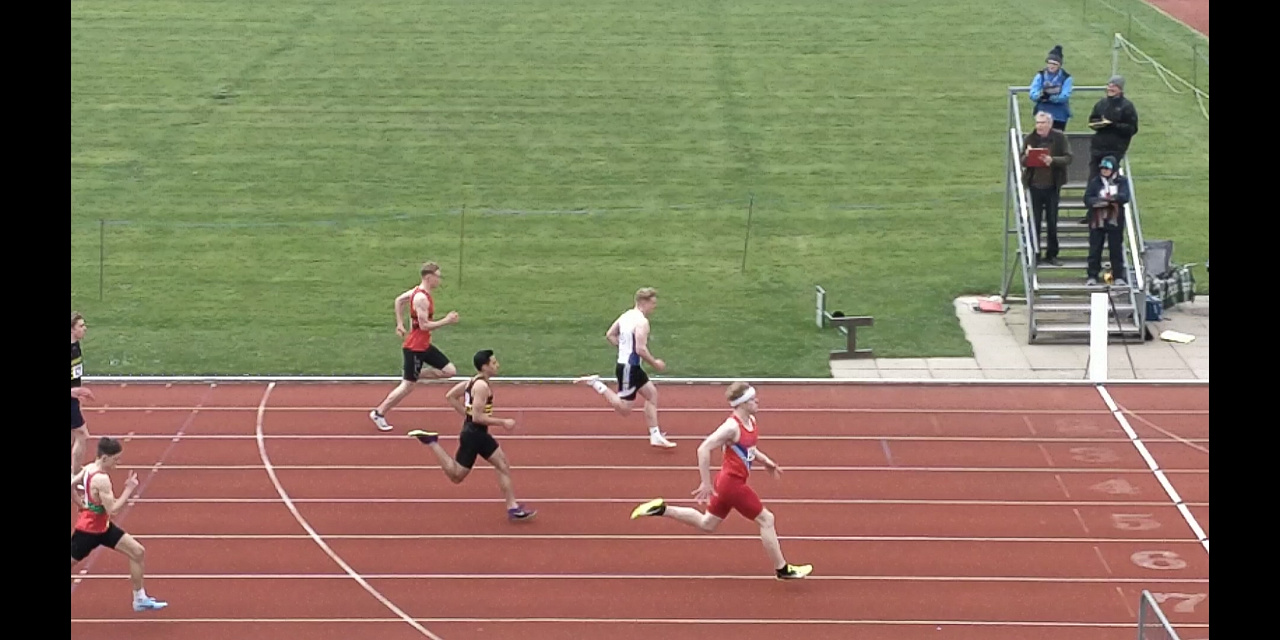 Another club record came in the U13 Girls 600m. Lilah Unwin ran a fantastic race to take a full 5 seconds off the existing club record and her time of 1.52.80 bodes well for her prospects at 800m later in the season.  Also shining in the 600m was U15B Oscar Curry who won against a strong line up in a PB time of 1.39.10 which places him 2nd in the club records for the U15B 600m.  Joe Walker ran well too to clock well under the 2min mark.

In the U15 Girls 600m both Lottie Burnett and Imogen Gregory had strong runs and quick times.

Lilah lines up at the start of her 600m: 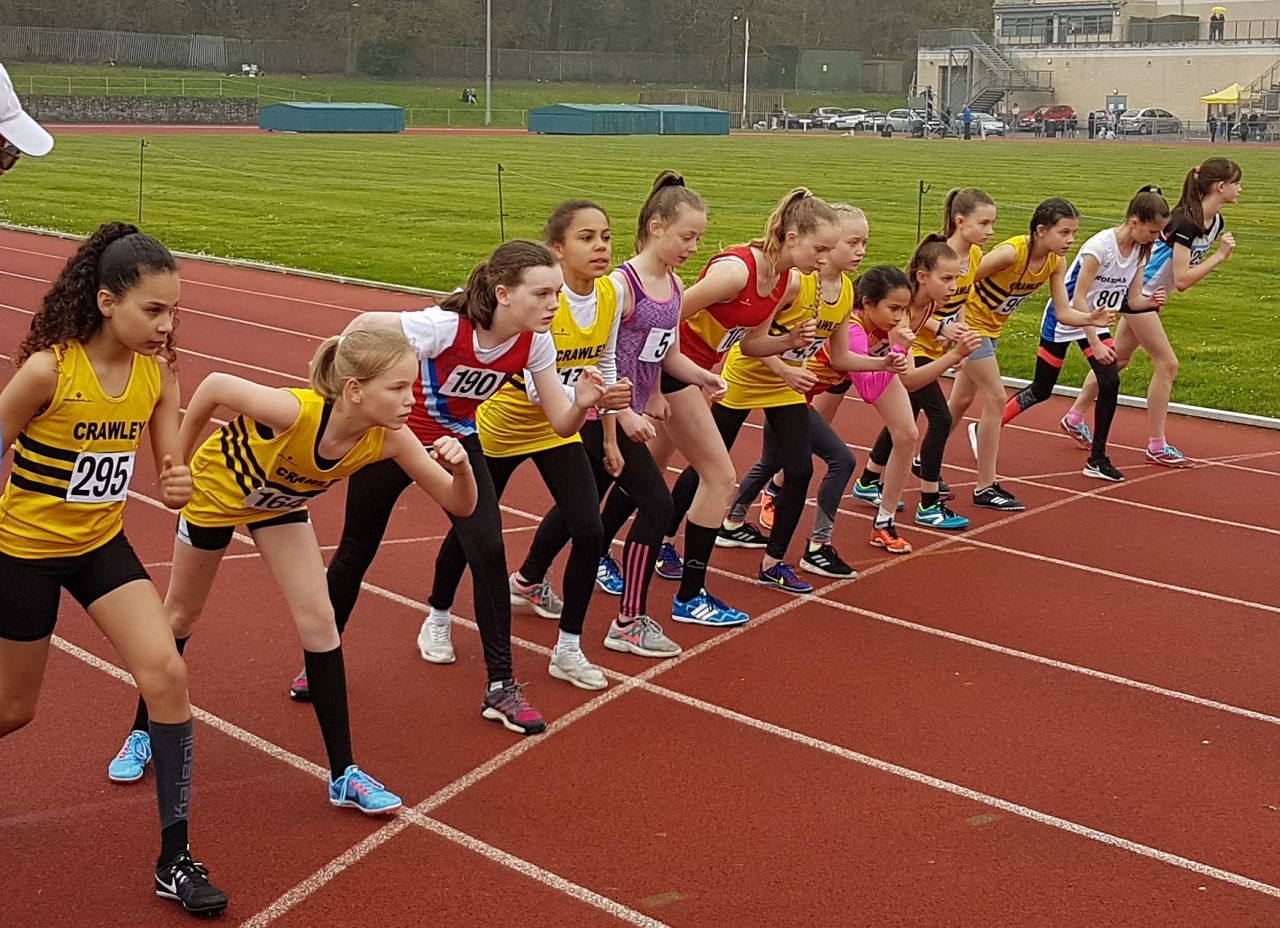 Oscar and Joe waiting for their race: 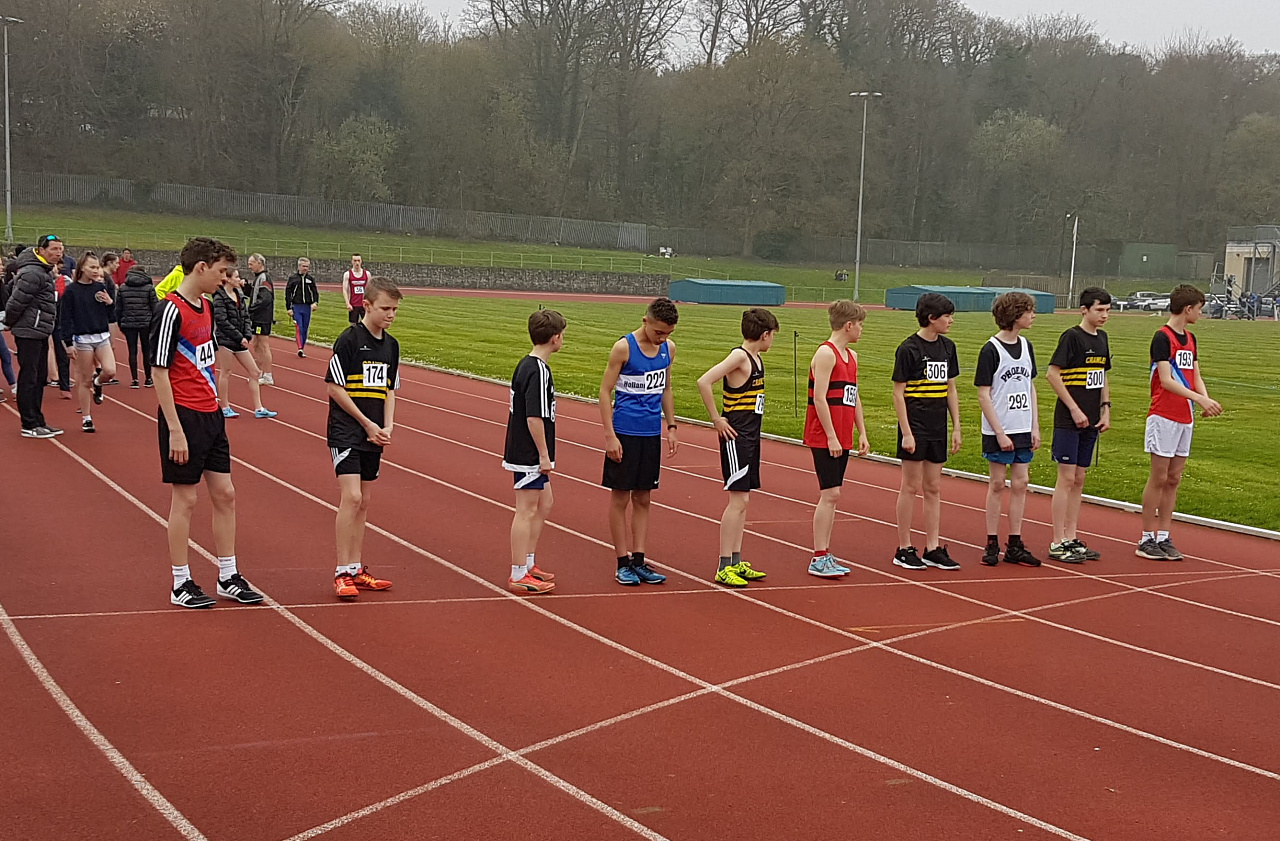 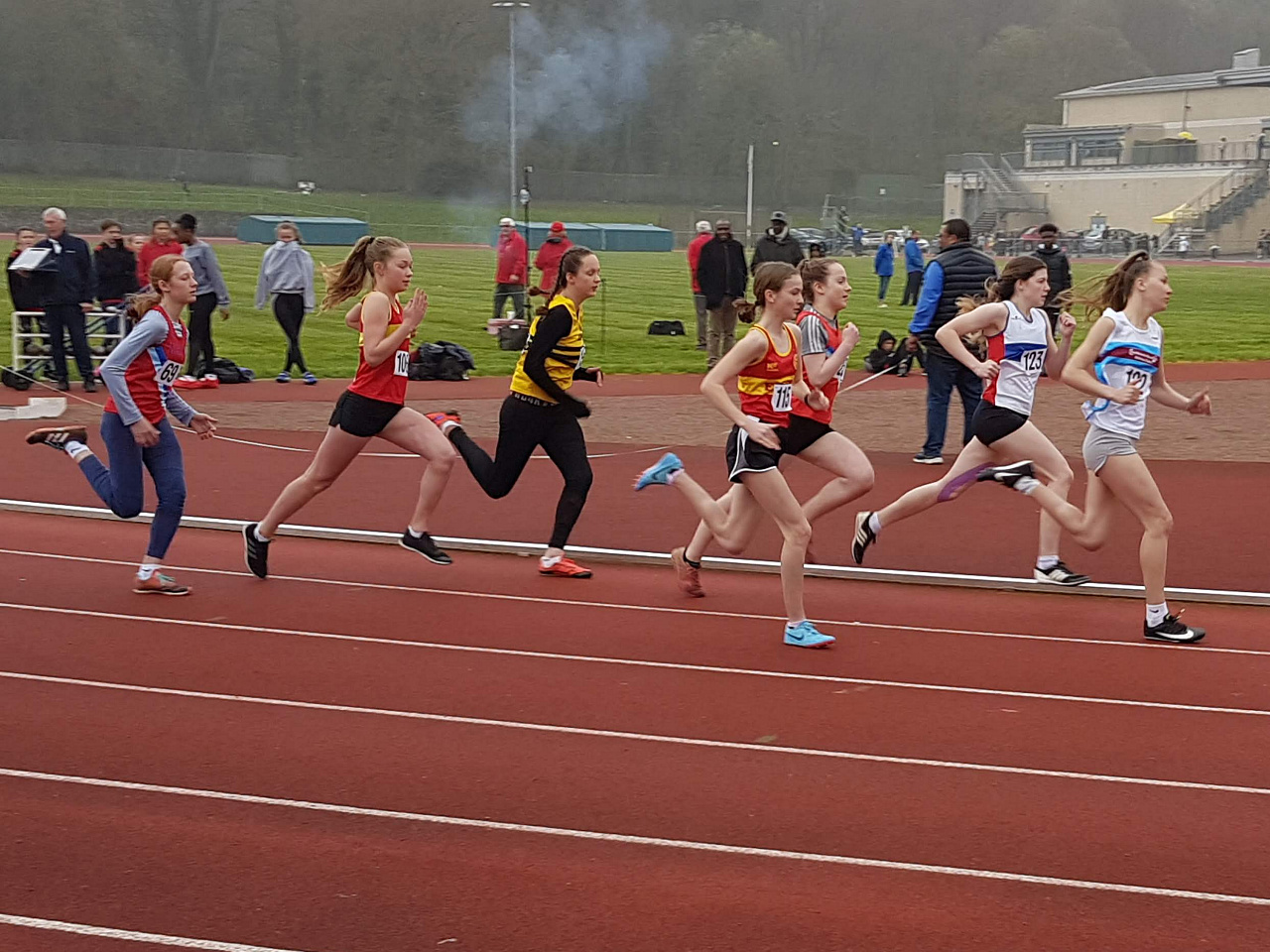 Running last weekend at the Woodford Green Open Meeting U13 Alessia Turner took an amazing 13 seconds off her 800m PB. Her time of 2.35.73, particularly when running at the end of March, so early in the track season, gives every reason for Alessia to be optimistic about the season ahead. 2.35 is fast at U13!

There are two league meetings ahead this month for the Juniors. The first of this seasons Lily B League matches for girls is on Easter Monday at Epsom. Then on Saturday 27th April the first Lower Age Group Youth Development League match (boys and girls, U15 and U13) takes place in Sutton.