What a way to start the week!  Monday 29th April saw RPAC making an appearance at the first Vets (male and female) Track and Field event of the season.  The weather was good to us, which helped us on to the way to some nicely earned points for the league.

We had a strong and proud RPAC representation with a team of 10 athletes showing us how it is done, with some fantastic stand out performances on the night, both on the track and in the field events with Moray Laing taking on the discus, setting 2 new PBs on the way and scoring 5 points, and Gavin Lawrence in the high jump.

On the track, the men were up first for the evening to start the 100m event.  We had 3 entrants for this event and we had high hopes.  Unfortunately no winners in this category but they faced tough competition and put in their best efforts.  Thanks to Stephen Smith, Frank O’Regan and Malcolm Woodman for all taking part.  Dave Rayner took off shortly after in the 1500m race.  Dave put in a solid performance and was continually making ground on the leaders and keeping great pace to finish in exceptional strong form. 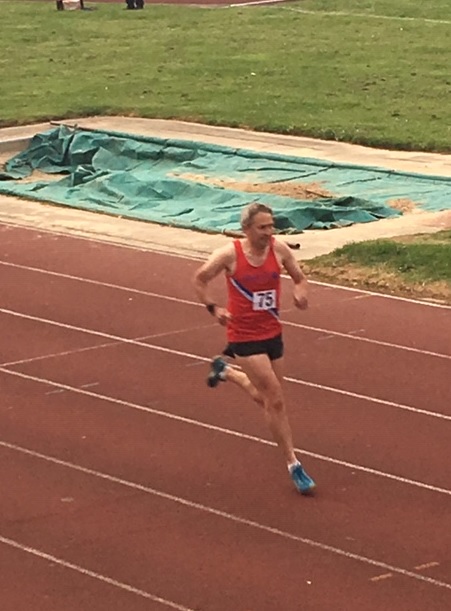 A special mention has to go to Gavin who racked up 20 points for the club after entering four stellar events and quickly recovering and darting between each one to make all events possible.   He managed a 1500m, 400m, high jump and 5000m which is truly remarkable.  And he still made it for Tuesday track training the following evening! Hats off to you Gavin. 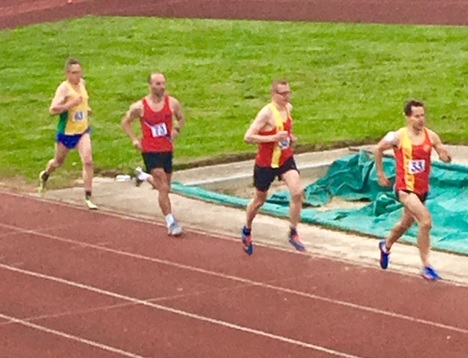 The ladies athlete team was made up of Jo Davey and Annette Morris (Nat Wilson unfortunately couldn’t attend at late notice, but will back for the next round). Both Jo and Annette ran very well on the evening.  Jo set the standard for the Ladies and the crowd saw her set off to a remarkable start setting a pace that no one could come close to contend with.  Her focus and determination saw her lap the majority of the field finishing with a clear 200m lead from the rest of the pack. A true stand out performance of the night.  Annette put in 2 great runs for both the 400m and the 1500m, which saw her compete with ladies from all age categories making her competition tough, however she stuck with the whole way and I’m sure her finish times will be an outstanding age grade as always. 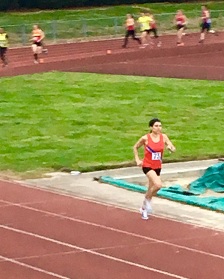 Congratulations to Frank O’Regan for making his debut for the club.  The high light for him was coming 2nd in his heat of the 400m, despite his legs nearly collapsing from underneath him just before the finish line! A great contribution of 9 points overall.

The night finished on a high with a great turnout for the 5000m race seeing Matt Aylott, Gavin and Paul Walters all putting in very strong performances for the club.  The pace was set fast from the offset and Matt stuck with the leading pack nearly all the way, which saw him sprint to the finish knocking another 2 seconds off his PB and securing a nicely earned 4 points.  Well done Matt superb work!

Full results points and league table to follow, apologies they are not all available at this time.

Thank you to everyone who came along to take part and support.

More of the same to come in May (Monday 20th) – we look forward to seeing you there. It really is a great team evening out.

Following on from the Awards Evening, we still have a number of uncollected awards. If you are unsure whether or not you are an award winner please check here. Any unclaimed awards will be brought along to the track session on 4th February for...
Read more...

Thank you to everyone who attended the Awards & Social evening last Saturday evening and congratulations to the award winners.  It was fantastic to have a combined evening to celebrate with our Seniors, Juniors and their parents. We welcome any...
Read more...

Following the success so far of the Reigate Priory AC Couch to 5K Programme, we are intending to start a fresh course in early May 2020. Full details will be available here, so watch this space! If you have any queries, please email This email...
Read more...