A Day For Getting Lost and Losing Things

A team of 23 RPAC runners travelled to the wilds of Surrey for the MABAC event held on Farley Heath on Sunday morning. There were nearly 3 early MIAs as Andrew Bamford had a "senior moment" and headed for the Winterfold Forest venue instead, taking Jo Hennesy and Kate Knight with him. In fairness the Winterfold Forest venue isn't too far away (as the crow flies) and the mistake was rectified after a couple of U-turns and a frantic phone call to Ian Edmonds. Having safely arrived at the venue taken the roll call and issued numbers we set off for the race start.

The race starts on a sandy downhill which soon deteriorates into mud and then climbs through a deep gulley which can only really be traversed in single file. The rest of the course is a mixture of climbing, narrow paths through woodland and sand, lots of sand! The finish is hard as it is about half a mile of climb in at times fairly deep sand.

Paul (not Paula as he is listed in the results) Walters was running in the one lap race and was out in front when he was given duff information by the marshals and sent the wrong way. Fortunately he realised the mistake before too long and didn't get too lost. It probably cost him a place though as he finished in second spot. Fortunately this didn't make any difference to the scoring as all finishers in the one lap race get two points.

In the two lap race we took four out of the first fifteen places with Andrew Reeves finishing in third place, Neil Fenwick in sixth, Frank O'Regan in eleventh and Ian Stammars in fifteenth. Our first lady home was Alice Smith in 40th place followed closely by Bethany Higgins in 42nd place (3rd and 4th ladies overall). We had two runners making a MABAC debut (and I think a debut in RPAC vests) - these were Jeremy Greenwood and Jo Hennessy, who finished in 28th and 87th place respectively. Both were scoring athletes. (If you ever are feeling bored and have a spare hour you can find out about the arcane MABAC scoring system here) We also "lost" an athlete as Gavin Lawrence does not (at the time of writing) appear in the results - by a process of elimination we have worked out the he is really the second of the two Ravi Patels listed in the results. Toby Kent pulled a calf muscle and sadly had to pull out after one lap. He added to a day of losses by leaving his gloves behind, although fortunately Jo Hennessy spotted them and picked them up.

Another strong turnout meant that we retain our third place spot in the League behind Dorking and Mole Valley AC and Wimbledon Windmilers. 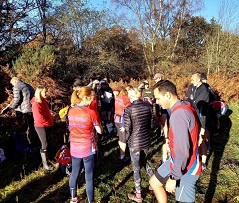 Some of the RPAC team at the start including Alastair Swanepoel in foreground, Lisa Payn with her back to the camera 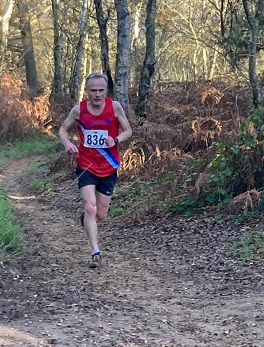 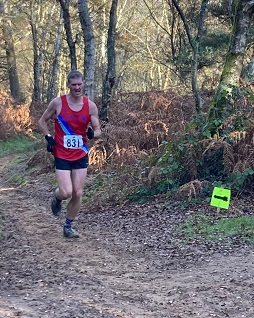 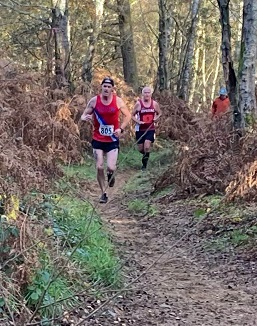 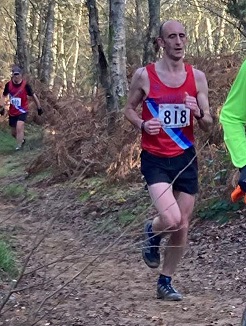 Frank O'Regan was eleventh and Ian Stammars was fifteenth (is that Paul Sapsard in the background?)

Full results will be available the results section soon

The next MABAC event is on AT 10:00 ON Sunday 5th December at Winterfold Forest.

It’s that time of year again! Time to ask for your help in volunteering at the Start area at the London Marathon on Blackheath/Greenwich Park, bright and early on Sunday 2nd October 2022.   This year, we are looking for just 30 volunteers. And as...
Read more...