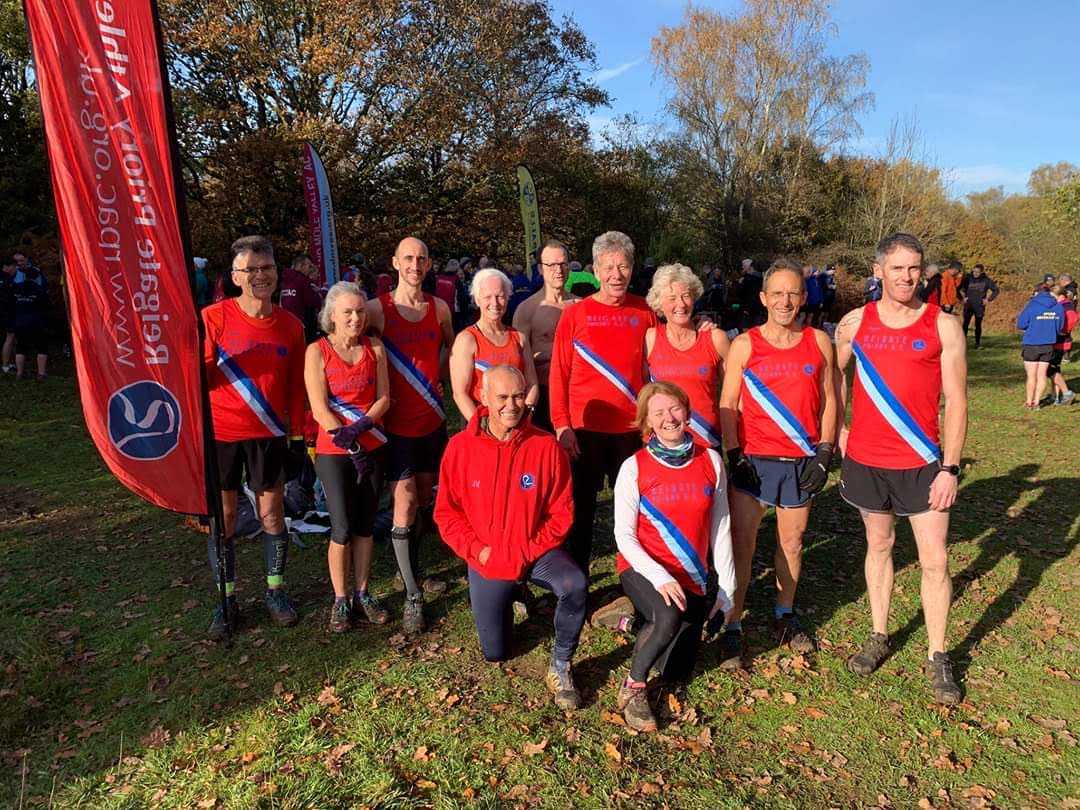 A team of 11 RPAC athletes ventured into the wilds of Surrey to compete in the final MABAC fixture of the season on Farley Heath on Sunday.
Where's Farley Heath? It's in the middle of nowhere - south of the A25 between Dorking and Guildford somewhere near Albury.
I've lived in this part of Surrey for over 60 years and had never been there before I ran this fixture last year.
It was an earlier than usual start as the race was to be followed by the MABAC AGM so we met in Bell St at 08:15.
A note for the future is that this was a bit too early as we were at Farley Heath by 09:00 for a 10:00 start.
Parking was more difficult than usual because of a. mud and b. forestry work.

The earlier start had obviously thrown one of the MABAC officials as we had no race numbers at the start. The plan was that each runner's club and gender would be recorded at the finish.
Names could be sorted out post event. In the end names were taken at the finish which resulted in a bit of a queue at the finish for some.
The course itself is run over two laps on a mixture of heathland and woodland trails. There are parts which go through a sort of ravine which can only take one person at a time.
Some runners were unlucky enough to encounter groups of ramblers and horse riders at these points. Areas of the course were quite "sticky" with deep mud making trail shoes a necessity.

The finish is tough - perhaps a quarter mile of uphill in deep soft sand..it certainly gets the heart pumping.

First home for RPAC was Ian Stammars closely followed by Frank O'Regan in around about the 31 minute mark; they'd enjoyed a proper tussle on the course with Ian finally overhauling Frank with a few hundred meters to go.

Claire Humphrey very nobly volunteered to attend the MABAC AGM on behalf of RPAC. She managed to secure a £400 donation from MABAC for the YMCA Waves initiative - well done Claire!