Reigate Priory ladies were out in force on Mitcham Common for the 2nd of 4 Surrey Cross Country League matches.

Going into the match, the ladies were in the relegation positions, so had their work cut out to make up points.  With the team's strongest runner, Fiona Clark, unable to make the start, it was going to be an even harder job to pull back points. The 2 lap 6Km course took on a variety of undulating terrain and underfoot conditions.

Continuing her fine form, Ginevra Stoneley was first back for the club. Ginevra was followed by Eloise Bull who had made a special trip back from Birmingham University to help the team. Eloise has made huge improvements in her running since joining the university's running club.  Hot on Eloise heels was Jamilla Ncayiyana who is also running strongly and earned the team valuable points.  Jo Davey showed huge commitment by digging deep through a hip injury for much of the course to finish 4th for the team. Nat Wilson also suffering with an injury and taking another fall, brought the team home in 13th place which puts us in 14th place out of 15 at the halfway point of the season, pushing us further into the relegation zone.

Also running and leading the B team was Sharon Brennan.  Sharon was supported by strong runs from all of Ruth Willis, Linda Rodriguez, Annette Morris and Clare Pryor.

Kate Knight led the incomplete C team home after having run the Banstead Woods Park Run in the morning. Kate is missing from the team photo below. 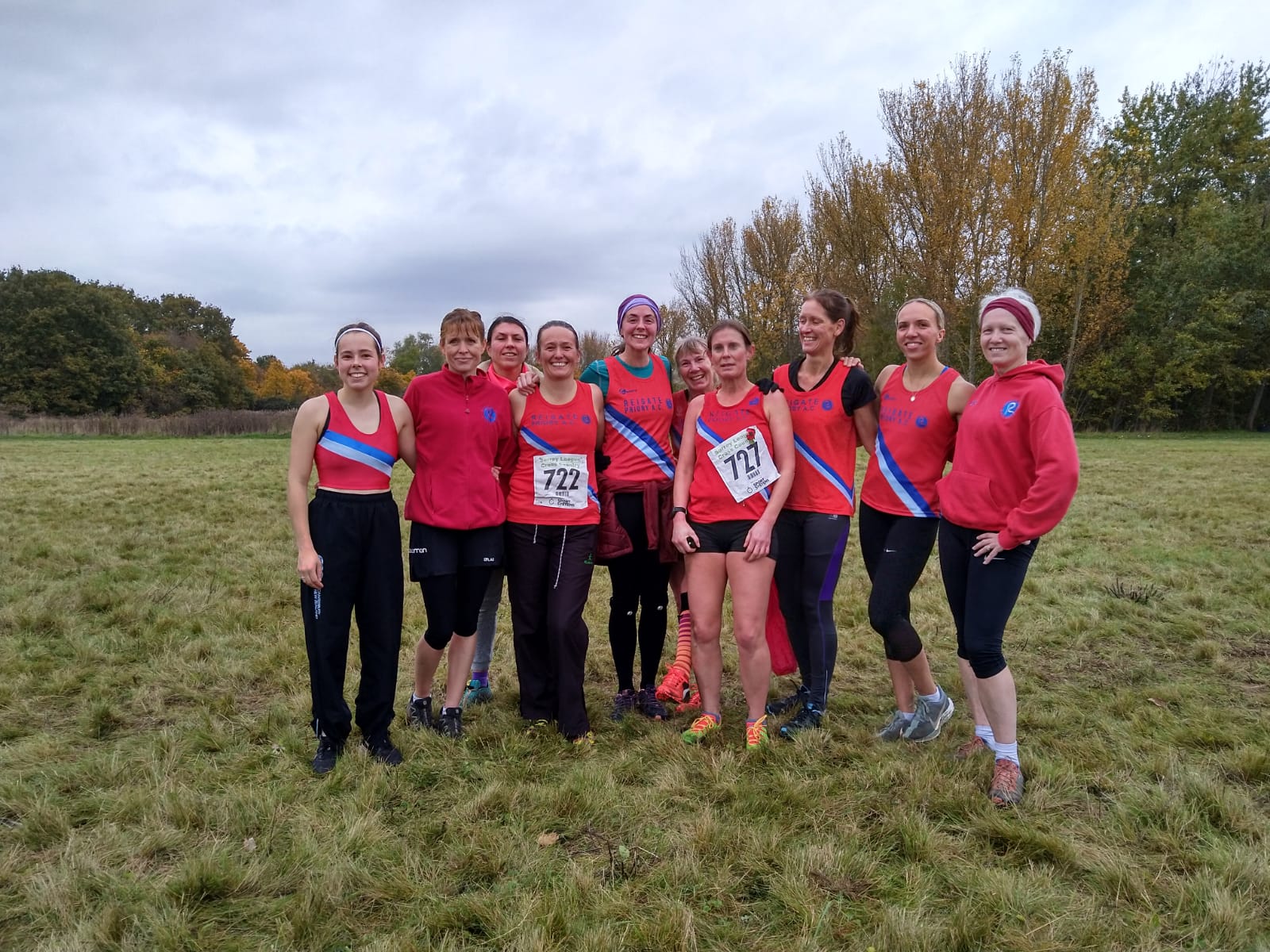