On Saturday 14th September, 11 RPAC athletes competed in the annual Surrey Road Relays at Wimbledon Park. Each leg is approx 2.9 miles (4.6k), and includes one steep hill, which makes it a challenging course.

The sole women’s team, competing in the W35 race, also won the bronze medal. Jo Davey ran a fine 17:46 on the opening leg, handing over to Clare Pryor. Clare, despite running with a heavy cold and out of her age group, kept the team in contention with 24:29. It was then up to Nat Wilson (18:55) and Ginevra Stoneley (17:35) to reel in the opposition, with Ginevra moving up into 3rd place within the last 400m. 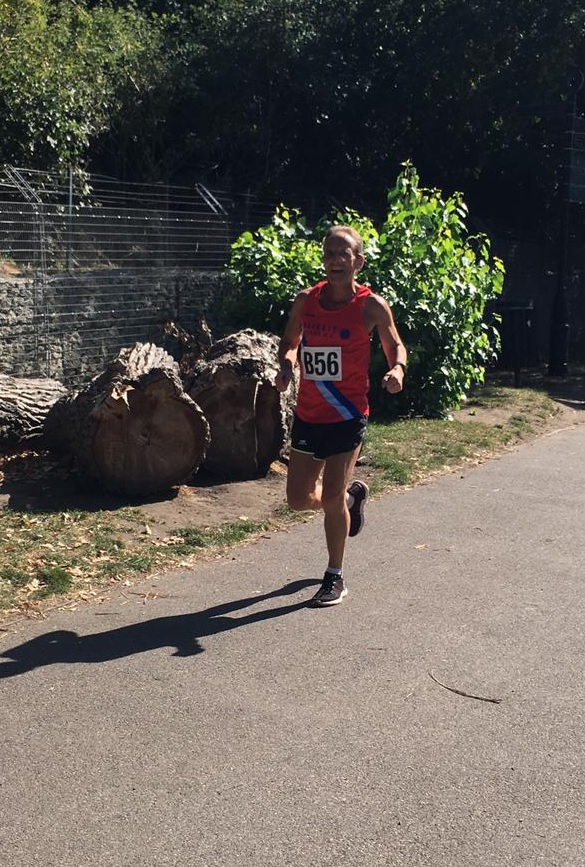 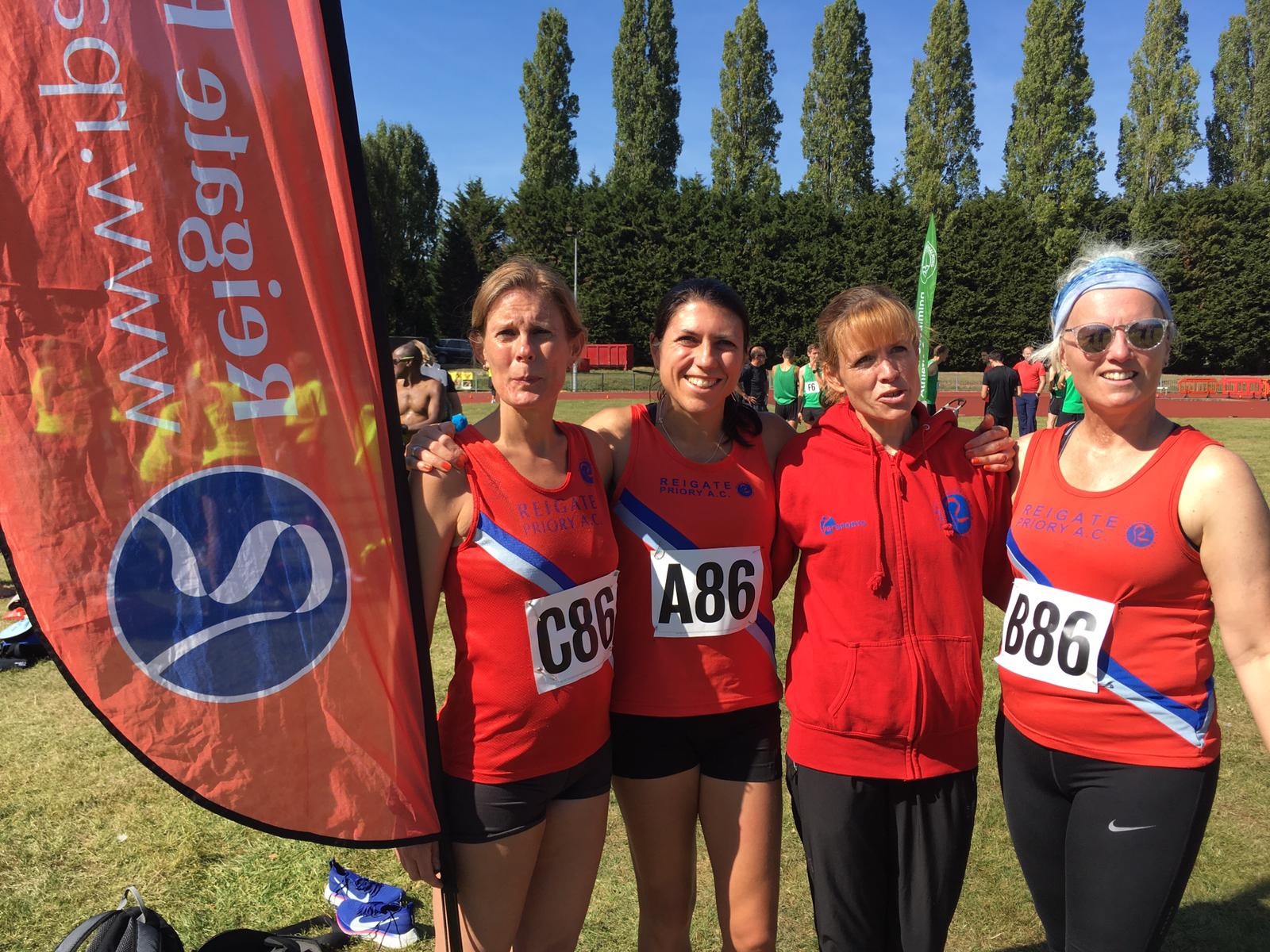 In the Half, the first RPAC runner was Tom Almond in 78:34, setting down a marker to beat  in the men’s championship for anyone running at Barns Green. Also posting fast times in their age group  were Graham Bull (M50, 86:39) and Mike Pocock (M60, 96:40). Following up from her exploits at the Relays the day before, Ginevra Stoneley was 1st W40 overall, with a time of 89:13.

Ginevra’s run was significantly helped by the pacing of Matt Aylott. Matt was leading the 90 minute pacing group and came home in 89:32 on the clock, an excellent bit of pace judgement!

A total of 23 RPAC members are showing in the results for the Half, well done to you all, especially as it was an un-seasonably warm day.

A further 11 RPAC members ran the 10k, led home by Jamilla Ncayiyana, Eloise Bull and Poppy Wardley, all of whom set new PBs. Eloise’s run definitely showed the benefit of a year’s training at Birmingham University. Both Kerry Rolaston and Ian Martin completed their first races for a long time, both having been out with injury.

The juniors and junior academy also got involved in the action, in  both the 5k and the kids races, with Kai Adams coming home 16th in the 5k in a time of 22:27.

The results of the Club Half Marathon Championship will only become clear after the Barns Green Half on Sunday 29th September, as (for this year only) the championship results are to be decided on the merged chip times form the two races. Good luck to everyone running at Barns Green, you now know what you’ve got to do!